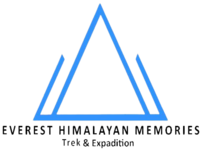 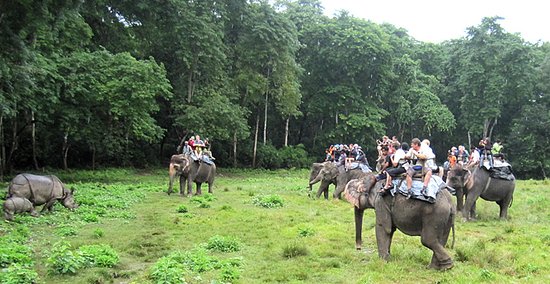 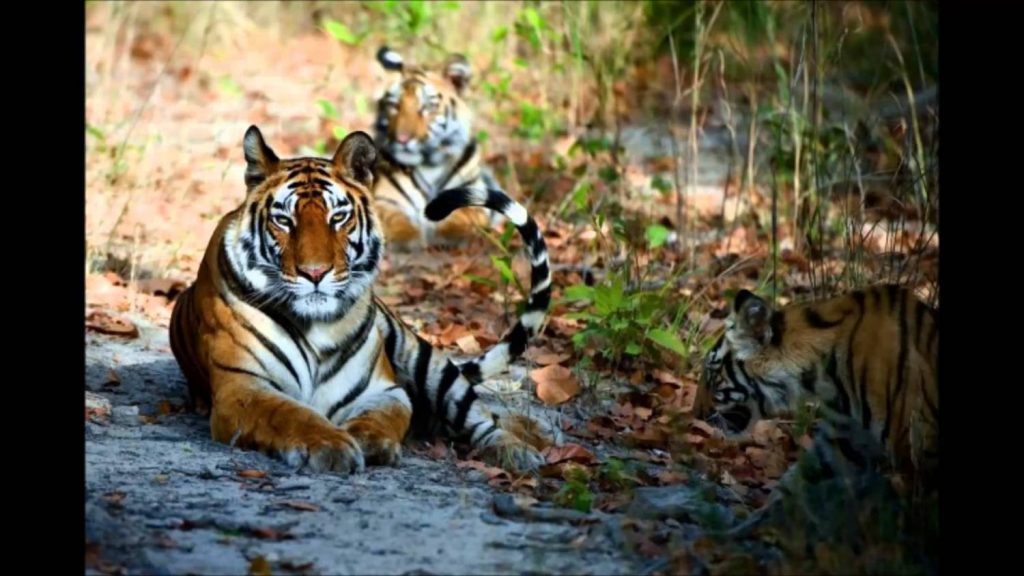 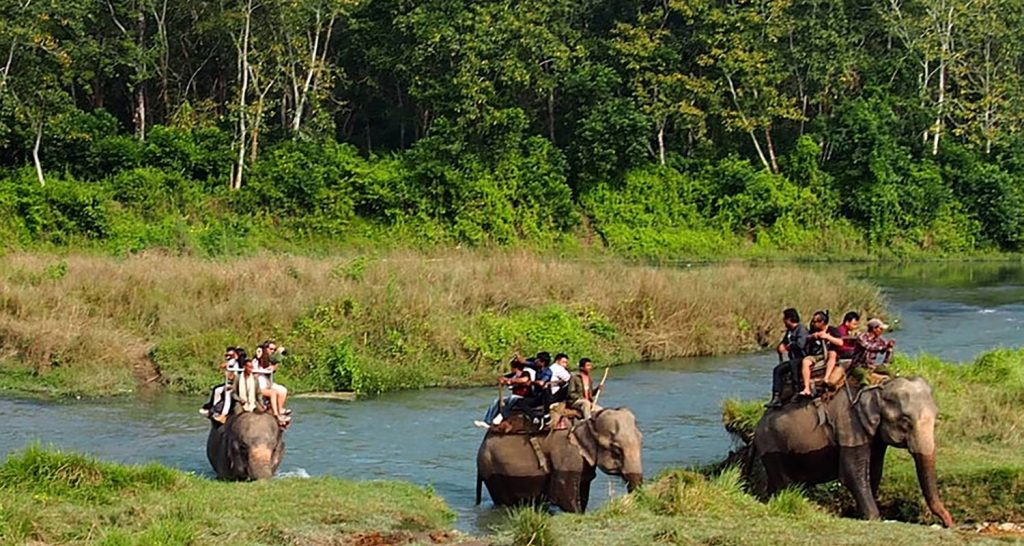 Chitwan National Park is the first national park in Nepal. It is famous for the best wildlife-viewing National Park in Asia, where you’ll have an excellent chance of spotting endangered One-horned Rhinos, Royal Bengal Tiger, Deer, Monkeys, Wild Boar and up to 544 species of birds.

It was established in 1973 and granted the status of a World Heritage site in 1984. It covers an area of over 367sq mile and is located in the subtropical Inner Terai Lowland of south-central Nepal in the districts of Nawalpur, Parsa, Chitwan and Makawanpur In altitude it ranges from about 100 m (330 ft) in the river valleys to 815 m (2,674 ft) in the Churia Hill,

Since the end of the 19th century used to be a favorite hunting ground for Nepal’s ruling class during the winter seasons. Until the 1950s, the journey from Kathmandu to Nepal’s South was arduous as the area could only be reached by foot. Thus, in an area known as Four Mile Forest comfortable camps were set up for the feudal big game hunters and their entourage, where they stayed for a couple of months shooting hundreds of tigers, rhinocerosses, leopards and sloth bears. In 1950, Chitwan’s forest and grasslands extended over more than 1,000 sq mile and was home to about 800 rhinos. When poor farmers from the mid-hills moved to the Chitwan Valley in search of arable land, the area was subsequently opened for settlement, and poaching of wildlife became rampant. In 1957, the country’s first conservation law inured to the protection of rhinos and their habitat. In 1959, Edwar Pritchard Gee undertook a survey of the area, recommended creation of a protected area north of the Rapti River and of a wildlife sanctuary south of the river for a trial period of ten years. After his subsequent survey of Chitwan in 1963, this time for both the Fauna Preservation Society and the International Union for Conservation of Nature, he recommended extension of the sanctuary to the south. By the end of the 1960s, 70% of Chitwan’s jungles were cleared using DDT, thousands of people had settled there, and only 95 rhinos remained. The dramatic decline of the rhino population and the extent of poaching prompted the government to institute the Gaida Gasti — a rhino reconnaissance patrol of 130 armed men and a network of guard posts all over Chitwan. To prevent the extinction of rhinos the Chitwan National Park was gazetted in December 1970, with borders delineated the following year and established in 1973, initially encompassing an area 210 sq mile In 1977, the park was enlarged to its present area of 360 sq mile In 1997, a bufferzone of over 295sq mile was added to the north and west of the Narayani-Rapti river system, and between the south-eastern boundary of the park and the international border to India. The park’s headquarter is located in Kasara. Close-by the Gharial and Turtle Conservation Breeding Centres have been established. In 2008, a Vulture breeding centre was inaugurated aiming at holding up to 25 pairs of each of the two Gyps vultures’ species now critically endangered in Nepal the Oriental white-backed vulture and the slender-billed vulture.

Chitwan has a tropical monsoon climate with high humidity all through the year. The area is located in the central climatic zone of the Himalaya, where monsoon starts in mid June and eases off in late September. During these 14–15 weeks most of the 2,500 mm yearly precipitation falls – it is pouring with rain. After mid-October the monsoon clouds have retreated, humidity drops off, and the top daily temperature gradually subsides from ±36 °C to ±18 °C at Nights cool down to 5 °C until late December, when it usually rains softly for a few days. Then temperatures start rising gradually. (This tour is ideally extended holiday in Nepal)

For More Details Please Visit Our FAQs Section Thank You.

After quick refreshment head to Village tour using Ox cart. Tharus are the indigenous in-habitations of the Terai. Our expert guide will help you to meet the Tharu people and experience their traditional way of living. This brings you many years back to human civilisation. overnight in Chitwan.

Our experienced naturalists will accompany you to the more specialized habitats of wild animals. This is the ideal opportunity to explore and experience at closer quarters the beauty of the flora and fauna. There are number of watch towers on the route in which you may climb to get a better view of the surroundings. After Lunch Jeep safari is one of best opportunity to see the wildlife in Chitwan National Park which provides you the opportunity to take snap of wildlife and the view around you. While travelling we will able to see one-horned rhino, bengal tiger, spotted deer and many more. Tharu cultural program: The tharu people of Chitwan welcome guests by performing dance and singing in the evening, famous Tharu stick dances and the crazy peacock dance are two highlights which reflects their life styles. Stay overnight in Chitwan.

The most appreciated attraction in Chitwan is sitting on elephant back and travelling throughtout the jungle of Chitwan National Park. Elephant safari or jungle safari is an easiest way to view the birds and wildlife in its natural habitat where you are able to see lots of wildlife such as one horned rhino, bengal tiger, deer, Leopards etc.

After Lunch Canoe ride in Rapti river is the more thrilling activities to explore Chitwan National Park and to view different aquatic animals and wildlife of Chitwan National Park. Canoe is a dug out boat made traditionally with a single wooden log by local inhabitant which can be done in the morning & afternoon. Visitors can enjoy sights of Marsh Mugger & Gharial crocodiles basking on the banks of the Rapti river. Nature walk Visit to the Elephant breeding center: This is the first elephant breeding centre in Asia and situated in Chitwan. Our naturalist will take you to the elephant breeding center to show the baby elephants socializing with their parents. How the elephant meals are prepared and how they eat. They will explain the nature and habits of the elephant. The centre is government owned and its purpose is to raise the young elephant to secure a viable population. overnight in Chitwan.

Bird watching simply means observation or study of birds in its natural habitat. Chitwan National Park is the popular spots for bird watching with over 450 species of birds. While travelling on jeep or riding on elephant you will able to see numbers of birds. Blue-Throat, long-tailed night jar, lesser adjutant storks, Brown crakes, Brown Fish owl etc are the famous birds found in Chitwan National Park. Final night in Chitwan.

Day 5
Drive back to Kathmandu.

Himalayan memories trek package ends for Chitwan tour! If you decided to add this tour on your other Nepal’s trip it will resume the program for final Departure or start of your adventure in Himalaya.

Approximately $100 (or equivalent in pound Sterling, Euros) changed into local currency, should be allowed for miscellaneous expenses including porter and trek crew tips, drinks etc. It is not necessary to obtain local currency prior to departure. Pound Sterling, US Dollars and Euros are equally acceptable for exchange in Nepal. We recommend that you carry your travel money in the form of cash, since you will exchange the majority of this on the day of your arrival in Kathmandu. If you prefer not to carry all of your spending money in cash, it is possible to withdraw money from ATM’s in Kathmandu using your debit or credit cards. (Fee applies) During the tour it is possible to buy snacks, chocolate, soft drinks and beer on most days.

As soon as you book your trip with Himalayan Memories Trek you should purchase a policy which covers in any unexpected events force you to cancel the trip.

Tipping is the accepted way of saying thank you for good service. If you felt your guide was especially helpful, please consider an appropriate bonus to him or her of 20% of group tips.

Our prices are competitive and good value, and we offer quality, service, security and an ethical stance on tourism in a developing country. We don’t want to be so expensive to run fewer trips and have our staff idle, but on the other hand we believe that running cheap trips that promote the practice of skimming budgets would result in the porters getting next to nothing, which is something we cannot consider. Your porters work extremely hard to carry your gear, advance set ups and keep your journey safe and enjoyable, sometimes at their own risk and peril. We could not complete our journey without them. They have families, too, and we all want to have an enjoyable, rewarding expedition full of great memories! Tashi Delek!